When we lived in “Jersey”, as my three year old says, we bought a lot of our food from our local farmer Edwin Shank, Your Family Farmer, who wrote,

So what? You may ask. Food in magic boxes and pouches is quicker, simpler, portable, doable. Everybody does it. Everybody is happy. It works!

That’s why this younger generation is the first generation to live shorter lives; whereas many generations were outliving each other -this is no longer the case.

How did we get here?

During WWII women were desperately needed in the industrial labor force to perform the jobs men were doing before the widespread enlistment into the war and fighting over seas or working in wartime factories on American soil. In addition, 350,000 women joined the US Armed forces stationed at home and abroad. By 1945 37 percent of the workforce was female dominated. Prior to this time women performed more traditional roles in the home.

Concurrent with women entering the workforce, came the mass production of refrigerators and the invention of TV dinners which allowed women to work and feed their families too. By 1955 80 percent of American households owned a refrigerator.

The advent of the TV dinner and refrigeration marked the beginning of a new way of eating. Women no longer needed to go to their local  market daily to provide for their families. Women no longer needed to spend hours cooking and preparing a meal for their families. Women could come straight home after working and pop a frozen dinner into the oven. But at what cost?

Sixty-five years later the basic TV dinner has morphed into huge frozen food and canned food sections at every supermarket in town packed with food from all cultures. Sixty-five years later the magic boxes of food and drink provide even greater variety. We simply add water to a magic box and have an instant pasta meal, oatmeal, or rice and beans. We open a juice box and can drink grape juice, apple juice or any combination of fruit juice.

Eating processed foods day after day causes frequent inflammatory responses in the gut and digestive system. Meanwhile the body is deprived of the living foods it needs to maintain its vitality. Exhaustion, weight gain, sickness, allergies, hair loss, rashes are some of the common bodily responses we see.

Where to from here?

They say it takes 28 days to form a new habit. What would it take for you to make some simple changes in your daily food plan?

Hillary Clinton was right about one thing, “it takes a village”. Last week my son, Sage, learned about community helpers: police people, fire people, mail carriers, farmers and doctors. The kids are learning about farmers at school, we just got to help make the connection with the farmers they learn about in school and what we feed our children at home. We must honor our local farmers for growing the very fruits and vegetables that feed us and allow us to do our part in our village. 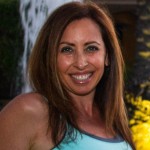